Delay Notice: In light of the current situation, your products might take a bit longer than usual to reach you as our courier partners are unable to deliver in some locations.

Delay Notice: In light of the current situation, your products might take a bit longer than usual to reach you as our courier partners are unable to deliver in some locations


✔ A higher concentration of beneficial plant compounds: gingerol and zingiberene

We’re all familiar with ginger but have you heard of Ing Makhir Ginger?

It’s a species of ginger that grows in Meghalaya.

What’s special about Ing Makhir Ginger is that it has high amounts of zingiberene and gingerol which makes it super potent, making it the world’s best ginger.

Its strong flavour and aroma give it many uses outside of the kitchen and it has been revered as a medicinal herb in Meghalaya for centuries.

Ing Makhir is a variety of ginger native to Meghalaya that is highly valued for its strong medicinal properties as compared to the common ginger root. Ing Makhir contains zingiberene, an essential oil that contributes its strong distinct flavour.

An age-old tradition of the Khasis used a herbal formulation comprising of Ing Makhir ginger and other herbs to treat an ailment found in new-borns or infants known as “Niangsohpet” (‘Niang’ means germs and ‘sohpet’ means navel in the Khasi dialect.)

Niangsohpet is a form of infantile diarrhoea or irregular bowels which is accompanied by the yellowish colour of the skin known as neonatal jaundice. This ancient folk remedy contains a mixture of various herbs which also include Ing Makhir as an effective ingredient.

Though Ing Makhir is utilized and valued for its uses in medicine, the rhizome is also used to make one of Meghalaya’s most famous ethnic side dishes- Tungrymbai which is a popular fermented soybean chutney.

Gingerol is an active compound found in ginger just as piperine in black pepper. It is known to give ginger its analgesic or pain-relieving properties. It is also one reason why ginger can be taken while one is feeling nauseous or having indigestion. The presence of bioactive compounds such as gingerol in ginger determines the price of ginger in the market.

It is a pale yellow coloured powder with a very pungent taste and a hot flavour. The chemical compounds, 6-shogaol, zingiberene, and zingerone make the ginger hot and peppery. Rich in vitamin C and magnesium, this ginger variety has many health benefits.

What is Special About Ing Makhir Ginger Powder?

Compared to your regular varieties of ginger, Ing Makhir is superior in terms of potency, flavour, and health benefits. Here are some of the special attributes of Meghalaya’s Ing Makhir Powder:

What Are the Health Benefits Ing Makhir Ginger?

As the world’s best ginger, Ing Makhir is loaded with a number of nutrients and bioactive compounds that are responsible for numerous health benefits. Here are some of the health benefits of Ing Makhir ginger:

How to Use Ing Makhir Ginger?

This world’s best ginger powder is an effective aromatic ingredient in the kitchen making a number of spices and masalas for curries, marinades, stews, and more. The sharp and unique taste of the powder makes it perfect for a variety of dishes from vegetables, meats, pickles, stews, curries, soups, and even baked goods. Here are a few ways to use Ing Makhir ginger:

What Is the Shelf-life of Ing Makhir Ginger Powder?

Our Ing Makhir ginger powder can last for twelve months when it is properly stored in an airtight container. After twelve months, the powder does not get spoiled, however, it will start to lose its potency and you will not reap its maximum health benefits.

These are a few ways of how Zizira ensures the purity of all products:

We term it responsible because we work directly with the farmers who are well aware of pure Lakadong Turmeric and this is where we emphasize purity and quality. And we are responsible for only working with farmers who practice sustainable farming methods.

Knowing where the ingredients come from:

Zizira deeply cares about where every ingredient comes from. Over the years, the Zizira team has been able to build relationships with the ethical farmers and beekeepers of Meghalaya and Zizira gives importance to providing pure and safe products to customers like you.

To provide you with the best products, Zizira selects the absolute best quality ingredients. The Zizira team as well as farmer partners share the same mission of prioritizing the long-term health of the land. The land is free from all unwanted artificial additives such as pesticides, chemical fertilizers, and insecticides resulting in safe and pure ingredients.

In the processing of food, several hazards can creep in. Zizira does not take chances with any kind of hazard – physical, chemical, or biological. Zizira takes every precaution to control them at every critical point in our food processing facilities. That is done with every new harvest of each and every ingredient that is used.

Zizira follows a similar process for all products. Credible, high standard quality maintenance without excuses. Zizira chooses whom to work with, partner with, to serve you in a way that makes a difference. Zizira’s continued effort and diligent work will contribute to your health, as well as to the prosperity of the farmers as they revive and regenerate traditional farming practices.

Returns
Our policy lasts 30 days. If 30 days have gone by since your purchase, unfortunately we can’t offer you a refund or exchange.

To be eligible for a return, your item must be unused and in the same condition that you received it. It must also be in the original packaging.

To complete your return, we require a receipt or proof of purchase.

Please do not send your purchase back to the manufacturer.

Any item not in its original condition, is damaged or missing parts for reasons not due to our error
Any item that is returned more than 30 days after delivery

Refunds (if applicable)
Once your return is received and inspected, we will send you an email to notify you that we have received your returned item. We will also notify you of the approval or rejection of your refund.
If you are approved, then your refund will be processed, and a credit will automatically be applied to your credit card or original method of payment, within a certain amount of days.

Late or missing refunds (if applicable)
If you haven’t received a refund yet, first check your bank account again.
Then contact your credit card company, it may take some time before your refund is officially posted.
Next contact your bank. There is often some processing time before a refund is posted.
If you’ve done all of this and you still have not received your refund yet, please contact us at customercare@zizira.com.

Exchanges (if applicable)
We only replace items if they are defective or damaged. If you need to exchange it for the same item, send us an email at customercare@zizira.com and send your item to: Zizira, STPI Parks of India, 793001 Shillong ML, India.

Gifts
If the item was marked as a gift when purchased and shipped directly to you, you’ll receive a gift credit for the value of your return. Once the returned item is received, a gift certificate will be mailed to you.

If the item wasn’t marked as a gift when purchased, or the gift giver had the order shipped to themselves to give to you later, we will send a refund to the gift giver and he will find out about your return.

Shipping
To return your product, you should mail your product to: Zizira, STPI Parks of India, 793001 Shillong ML, India

You will be responsible for paying for your own shipping costs for returning your item. Shipping costs are non-refundable. If you receive a refund, the cost of return shipping will be deducted from your refund.

Depending on where you live, the time it may take for your exchanged product to reach you, may vary.

We don’t guarantee that we will receive your returned item. 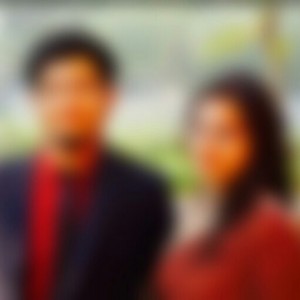 The best products ever. Absolutely pure.

India
I recommend this product
Best

because it is a healing powder

India
I recommend this product
Excellent

I used it n got very satisfying results

USED IT AND FOUND IT TO BE GOOD